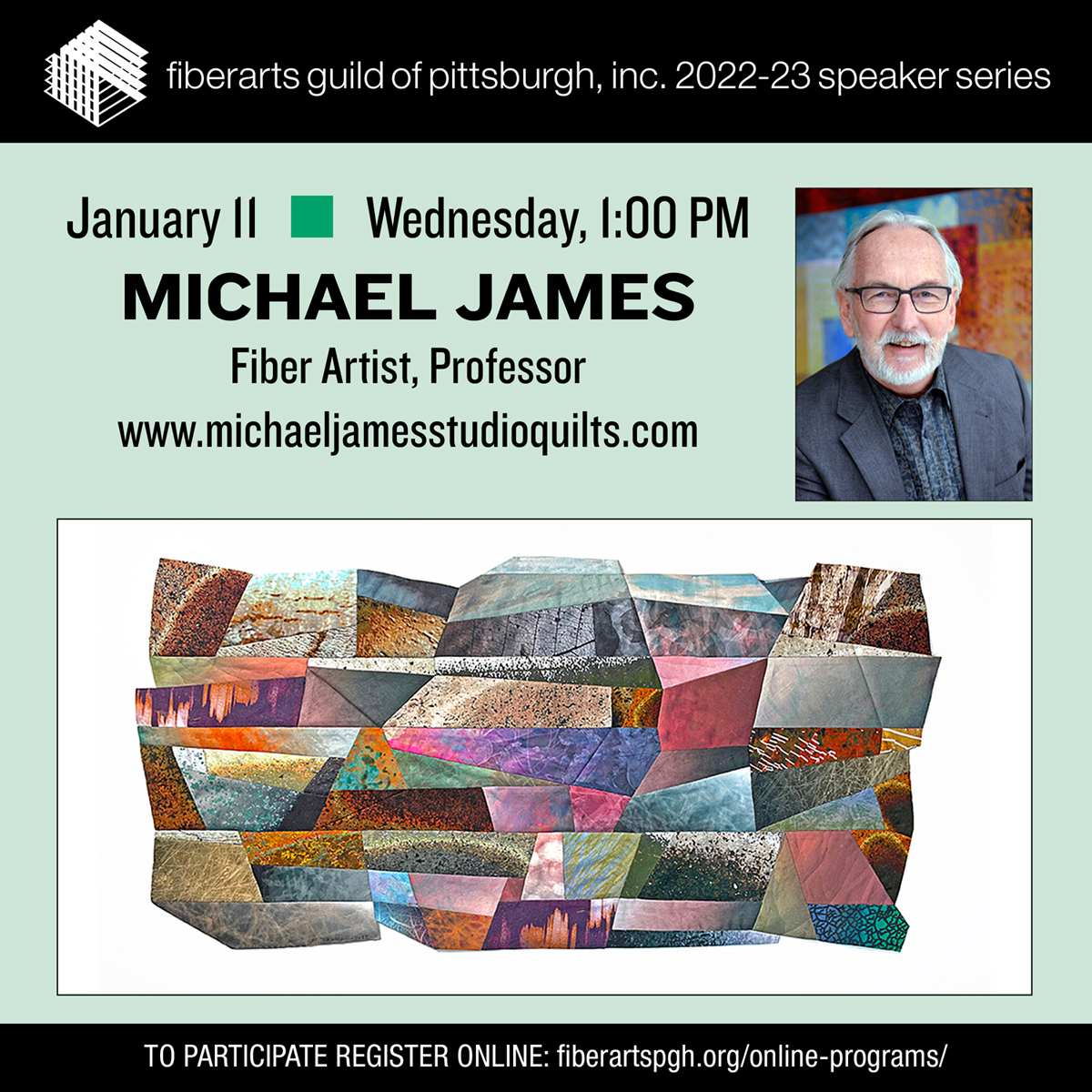 Wednesday, January 11, 2023 / 1:00 pm EST
Registration is free for members, $5 for guests.
Registration opens about a month before the lecture. Please register on the Registration Form

A Massachusetts native, Michael James lives and maintains a studio in Lincoln, NE. From 2005 to 2020 he chaired the Department of Textiles, Merchandising & Fashion Design at the University of Nebraska–Lincoln, whose faculty he first joined in 2000 after thirty years as an independent maker. At UNL he held the Ardis James Professorship and taught graduate and undergraduate courses in foundation design, textile design and quilt studies. His textile art is included in the collections of the Museum of Arts & Design in NYC, the Baltimore Art Museum, the Racine Art Museum, the Newark Museum, the Fuller Craft Museum, the Mint Museum, the Indianapolis Museum of Art, the Shelburne Museum, and the Renwick Gallery of the Smithsonian American Art Museum (DC), among others. In 2015 the Renwick Alliance honored him as a Master of the Medium in textiles, for lifetime achievement, and he is the recipient of the Luminaries Award from the Fuller Craft Museum (2011), the Outstanding Research and Creative Activity Award of the University of Nebraska system (2009), the Nebraska Arts Council’s Governor’s Arts Award (2008), the Lincoln Arts Council’s Mayor’s Arts Award for Artistic Achievement (2003), and an Honorary Doctorate of Fine Arts from the University of Massachusetts at Dartmouth (1992), his undergraduate alma mater. His work is represented by Modern Arts Midtown in Omaha, Nebraska.
https://www.michaeljamesstudioquilts.com/