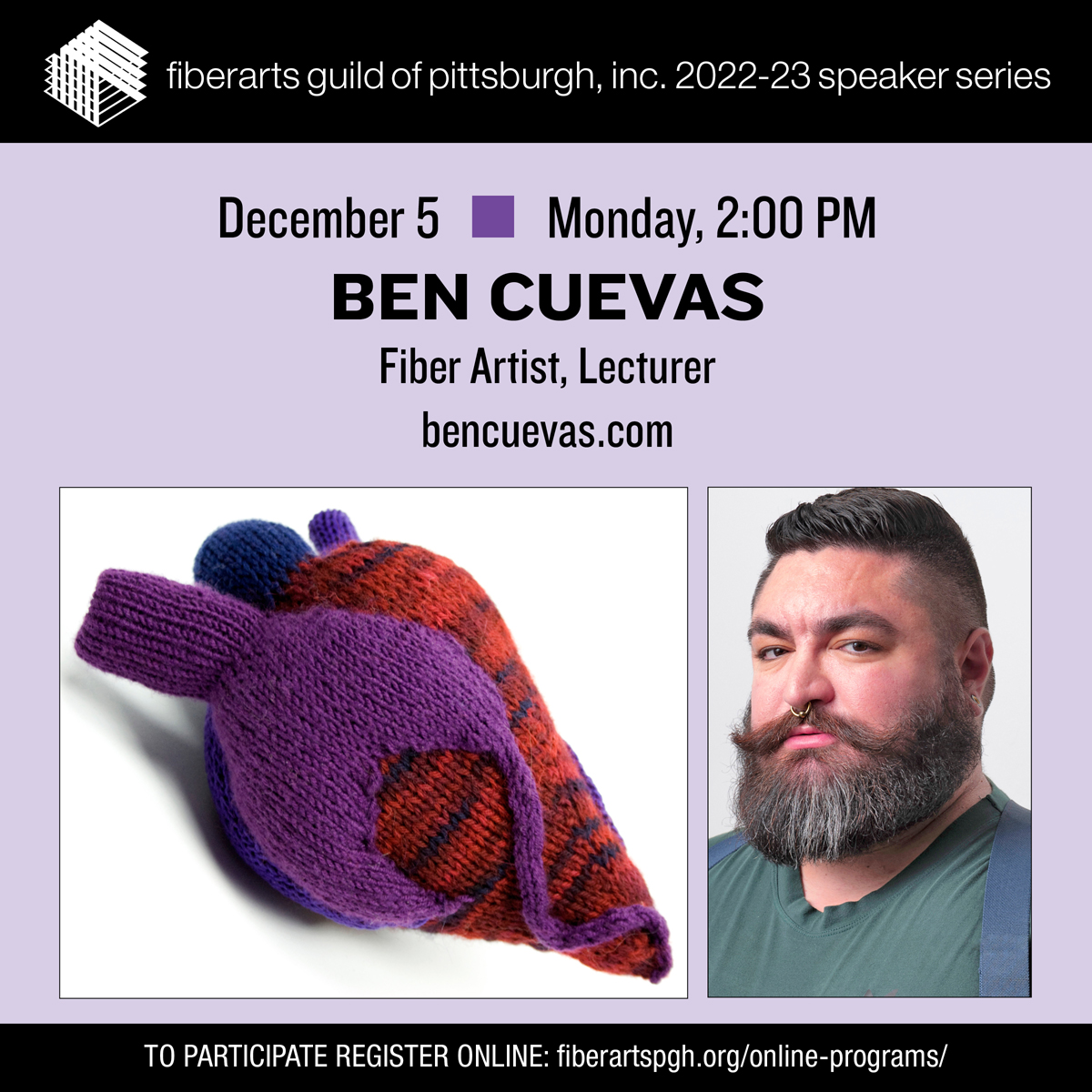 December 5, 2022 – 2 PM ETRegistration is free for members, $5 for guests.Registration opens about a month before the lecture. Please register on the Registration Form

Born in Southern California in 1987, Ben Cuevas is an artist whose work is rooted in concepts of otherness and intersectionality, inspired by his queer, non-binary, HIV-positive, and Latinx lived experience. As these multiple components inform his practice, identity directly influences his artwork, which is naturally interdisciplinary. Cuevas received his B.A. in mixed media, installation, and photography at Hampshire College, in 2010.

A central part of Cuevas’s artwork is based in textiles, underscoring queer/feminist ideologies within the long and gendered history of women’s work with fiber-based materials. These artworks have been shown across the US with exhibitions held at The Craft and Folk Art Museum in Los Angeles, Museum of the City of New York, The Leslie-Lohman Museum in New York City, and others.

Cuevas’s work also speaks to queer histories and the idea of the archive through his photo-based works centering images of sexual minorities from past into the present. This can be seen in his piece Ghosts of the Trucks of the Westside Highway, and his ongoing photo series titled Reinserted.